The capital of Spain

Madrid is located strategically in the heart of the peninsula and right in the center of the Castillian plain 646 meters above sea level, has a population of over three million.

A cosmopolitan city, a business center, headquarters for the Public Administration, Government, Spanish Parliament and the home of the Spanish Royal Family, Madrid also plays a major role in both the banking and industrial sectors. Most of its industry is located in the Southern fringe of the city, where important textile, food and metal working factories are clustered. Madrid is characterized by intense cultural and artistic activity and a very lively nightlife.

All around the city there is may options to do some activities, one of the most important biodiversity areas in Castile-La Mancha is the ALTO TAJO, situated between the south-east of Guadalajara and the north-east of Cuenca, this nature reserve is the largest network of canyons and gorges in Castile-La Mancha.

Most of the typical characteristics of the Iberian Mountain Range can be found in the Alto Tajo region. Some of the important features of the terrain are linked with the courses of the rivers such as the canyons, gorges and terraces, as well as singular shapes on the slopes such as crevices, jagged peaks and monoliths.

Of mediaeval origin and home to command headquarters of the same name, it stands on the shores of the Buendía reservoir which is connected to the Entrepeñas and Bolarque reservoirs.

Visitors can admire the wall which surrounded the whole town. Buendía also has a magnificent Plaza Mayor (Main Square). In the Plaza Mayor there are a number of popular-style buildings, including a section which has a gallery. The Town Hall also stands here.
Buendía it's not only a simply village to practice outdoor activities, is more than that, its the perfect place to enjoy the environment and the natural wonders.

Family experience – Via Ferrata near Madrid 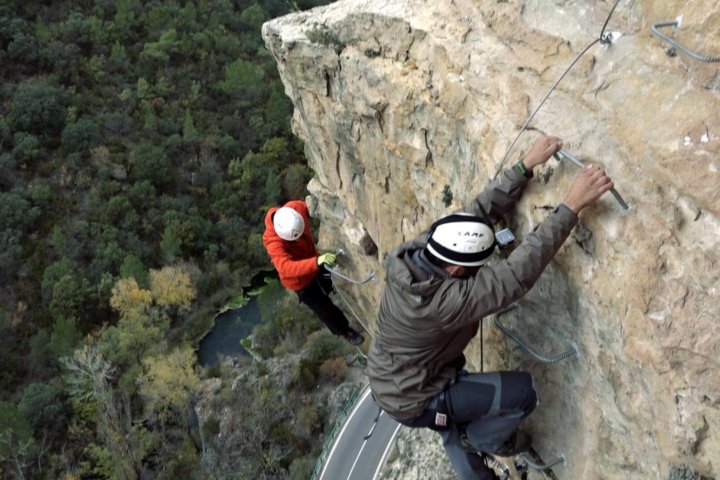 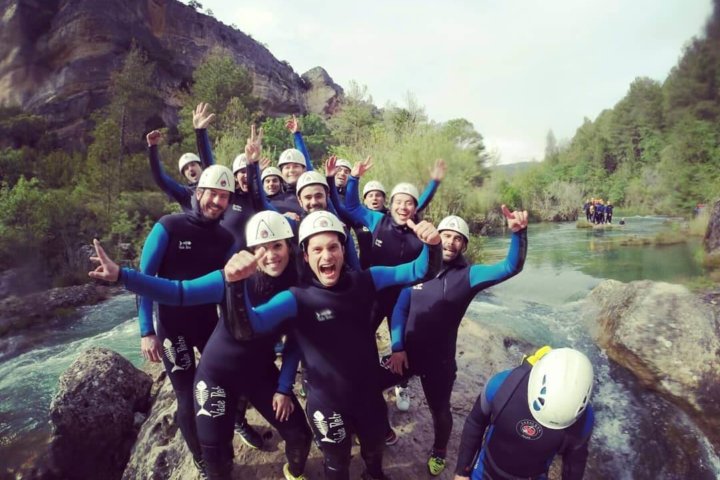 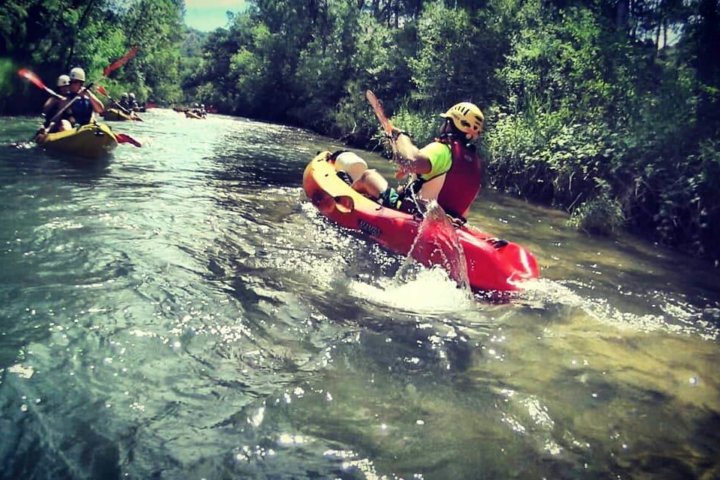 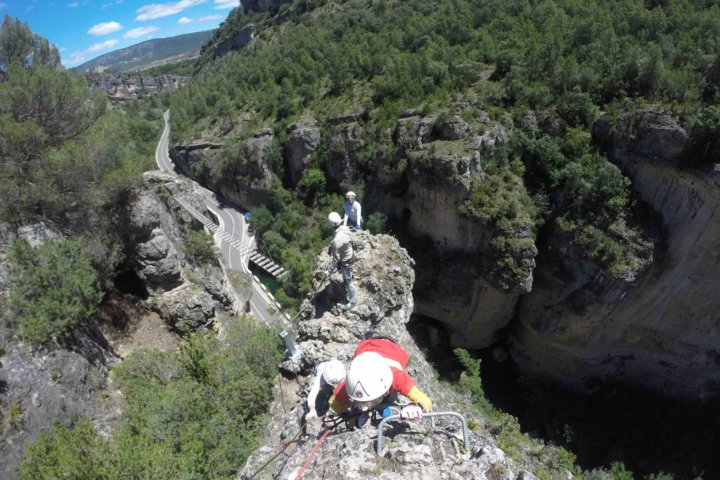 Family experience – Via Ferrata near Madrid