One of the most valuable and best-conserved ecological areas in Europe!

The autonomous region of Cantabria is located in the north of Spain and lies on the coast of the Cantabrian sea. It borders the Cantabrian sea in the north, the Basque Country in the east, Castile and Leon in the south and the Principality of Asturias in the west.. The region can be divided into two distinct areas: inland and the coast. The most notable natural landmark inland is the Cantabrian mountain range, while on the coast the most striking scenery is formed by the Mayor and Ajo capes. The coast has beautiful beaches, and is also lined with steep sheer cliff faces. The interior of the region is dominated by the Picos de Europa, with Peña Vieja summit at 2,613 m tall forming the highest peak in the region. The rivers are short and full of water, given the high rainfall, and the waters that nourish the rivers from the melting ice up in the mountains. The most notable rivers are: the Agüera, the Ason, the Miera, the Pas, the Besaya, the Nansa and the Deva (that it shares with the Principality of Asturias). The Ebro river is the most abundant river on the Spanish mainland, springing from Fontibre, it does not have much water as it rises from the Mediterranean basin. The geography of the region is dominated by the most important hydrographical vertex in the whole of Spain: Peña Labrada, where the Cantabrian, the Duero and Ebro basins all meet.

The Green Spain
if you like the countryside, you will love the Green Spain - The Regions of Galicia, Asturias, Cantabria and the Basque Country, in northern Spain, are home to some of most valuable and best-conserved ecological areas in Europe. These are landscapes full of contrasts, with salt-water rivers, endless green… Would you like to discover them in an unusual, enjoyable way? How about on horseback, by boat, or following an old Roman road? The choice of active tourism on offer is huge; you just have to decide on your favourite way to have fun in harmony with nature.

If water is your thing, in Cantabria, Asturias and Galicia you will find many rivers ideal for canoeing, kayaking and even white water rafting for the more daring. These activities are available all year round, as long as there is sufficient water in the rivers. The best time of year tends to be spring and summer. If you like strong sensations and are a fan of climbing, canyoning, caving or abseiling, then here you will find ideal locations.

Picos de Europa in Cantabria
A Massif belonging to the Cantabrian Cordillera or Mountain Range, although it is clearly differentiated from it because of its geological structure and geographical situation, being separated from the axis of the Cordillera on the North side. It is divided into three Massifs, the Western or Covadonga Massif, the Central or Los Urrieles Massif, and the Eastern or Andara Massif. The boundaries are marked by the River Deva to the East, the Cares and the Casaño to the North, the Sella to the West, and the valleys of Liébana, Valdeón (León) and Sajambre (León) to the South. The average altitude is fairly high, most of it over 2000 metres, the highest point being Torre Cerredo (2648 m), although other peaks are more famous, such as El Naranjo de Bulnes (2519), Peña Santa (2596) or Peña Vieja (2613).

Hen and Stag weekend in Cantabria

Sea kayak and Snorkeling in Noja

Introduce to Paddle Surfing in Cantabria 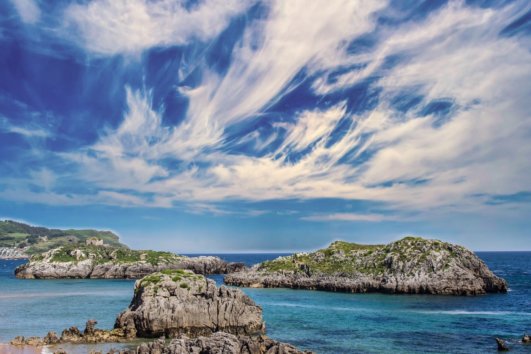 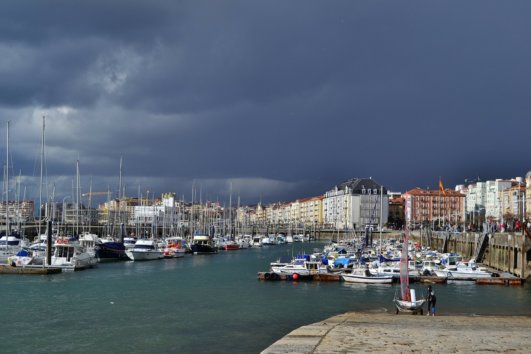