The arrival of Summer in Spain

The arrival of Summer in Spain

Many regions on this country is celebrating on the 23rd June the arrival of summer with the Bonfires of San Juan. In an atmosphere of music, colour, fireworks and extravagance, thousands of people throng the streets to experience this fiesta which pays tribute to fire. 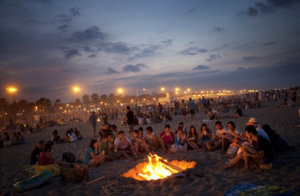 La Fiesta de San Juan is a massive festival celebrated in many Catalan-speaking towns and communities located primarily in the Southern regions, like Catalonia and Valencia –

La Fiesta de San Juan is an exciting time and a great reason to visit Spain.
It combines traditional Christian, Catholic and pagan rituals and beliefs to make one amazing festival that Spaniards and visitors will never forget.

I would love to mention a couple of  locations where I personaly have been and I want to give you an idea of what Saint Juan night represents to us: 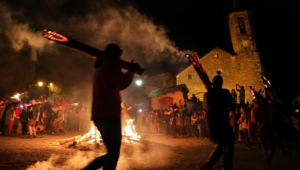 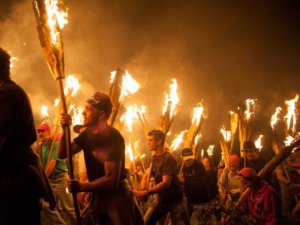 So, if you are planning to come to Spain to now you know where to get ready to welcome the Summer.

Previous postNext stop : SORT- From the warm Mediterranean Sea to the fresh Mountains
Next postInternational descent of Sella river (Asturias)

We will travel again

In Spring time when the river sounds

Confinement and be active CORONAVIRUS

SLOW TOURISM – how to get to the Pyrenees without a car